The Movie Film Show
The Movie Film Show is a weekly audio podcast featuring the characters of Mr. Movie and Mr. Film. Their mission is to aid film-goers and movie-goers alike by providing fun and insightful reviews to the movies and films of the day.

WARNING! The following contains spoilers to The Movie Film Show!
While the identities of Mr. Movie and Mr. Film will never be revealed on the show itself, we offer the following for those who wish to breach the fourth wall of movie review show magic: 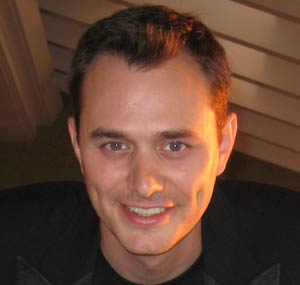 About Mr. Movie
Mr. Movie, a.k.a. Sean Saulsbury, is the owner and publisher of Soundtrack.Net. Formerly, Sean was co-owner and Managing Partner at Box Office Mojo from 2002 through 2008, when he sold the company to Amazon.com (an acquisition made for IMDb.com, Inc., which Amazon owns).

Sean left IMDb in October of 2009 to pursue other interests, including to create and produce The Movie Film Show. His favorite movies include The Talk of the Town, The Big Country, Liar Liar, The Apartment, Gattaca and Groundhog Day.

For Mr. Movie, the word “film” describes the medium on which a movie is recorded and is a technical, non-essential description of the concept. This is why “movie”—which is short for moving picture—is the better word to use when describing the medium. Whether shot on film or shot digitally, audiences want to connect with stories and the characters in them, not with the celluloid or hard drives they are recorded on. This is why he has taken a vow to never again say the word “film.”

For more on Mr. Movie, visit his Web site at www.seancast.com. 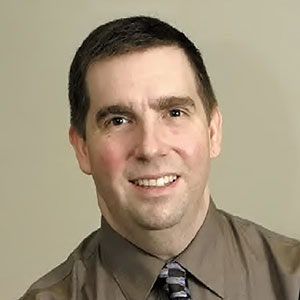 About Mr. Film
Mr. Film, a.k.a. Chris Wolski, is a Los Angeles-based freelance writer who has written about motion pictures for ICG Magazine, Box Office Mojo, Art Ideas, and several reference books, including The Encyclopedia of Propaganda (published by Salem Press). In addition to film, he also writes regularly about medical subjects and recently completed a slipstream-horror novel The Year of the Monster and is in the process of writing a second—The Screaming Face. Among his favorite films are Rear Window, North by Northwest, Zulu, La Jetée, Ran, and The Sword of Doom.

It was while earning a degree in Cinema & Photography from Ithaca College that “movies” became “film”—the equivalent of literature—for him and, to honor this unshakeable conviction, he took on the persona of “Mr. Film,” and vowed never again to say the word “movie.” After graduating from Ithaca College, he earned his Master’s degree in Film Studies from the University of Kansas, specializing in cognitive film theory.

For more on Mr. Film, visit his Web site at www.cawolski.com.

About Big Brother
In blatant violation of freedom of speech and in typical nanny-state fashion, FTC rules apparently require publishers like The Movie Film Show to disclose that we may receive promotional materials from the producers of the products we review. And while the FTC may consider such materials a form of payment (such as free screenings, DVD screeners), we do not. Our editorial policy is that whether a movie studio or producer or whomever has solicited us to review their movie has no bearing on our evaluation of the movie or product in question. Or the film. But as far as “full disclosure” is concerned with respect to FTC requirements, our official statement is this: We may receive payment from third parties in exchange for any, all, or none of the content we produce, and such compensation may even influence said content in part, in full, or not at all. We may not tell you specifically which content has been compensated for in which way, so just assume all content is compensated for in the worst way possible but allowable by law. And while we may even pay full price for a ticket at a regular movie theater to review a picture, that still may influence our reviews because dammit the studio didn’t give us a free screening. Or it may not. That is for you, the audience, to judge. And if you think that impacts our judgement, that is your problem, and you are free to listen to another movie or film review show if you don’t like it.